BEKA ROAD ASSISTANCE-TIR with onion almost fell from a brige

BEKA ROAD ASSISTANCE - TIR with onion almost fell from a bridge near Ihtiman. Truck with trailer loaded with 20 tons onions is hit in the middle Containment of the bridge of the 38th kilometer of the Trakia motorway on 20.05.2011 after midnight. The truck is attached to bridge the gap between the two lanes. Movement of vehicles was difficult, lanes in the direction Plovdiv had residues cushioned boards, in the direction Sofia spillage was goods was carrying crashed heavy duty vehicles. Fortunately no injuries. Driver escaped with a few scratches. Once arrived employees BEKA road assistance, they preloading a 20-tons of onions on a few specialized truck-type platform, and two of its special trucks equipped with hydraulic underlift installation and many-tonne winches, pulled sagging crashed truck with trailer, who has foundered between two lanes of 30 meter bridge. After pulled, BEKA Tow loads the crash truck and transported to Garage Company in Ihtiman. Video Video 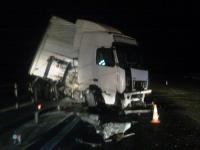 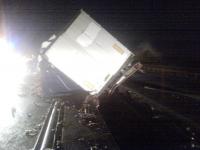 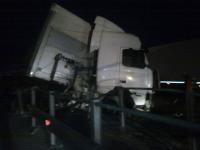 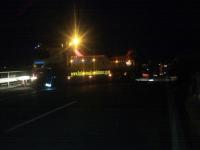 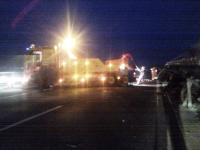 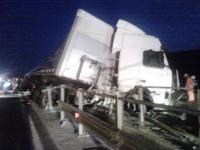 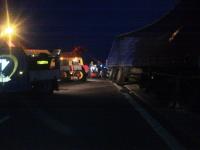 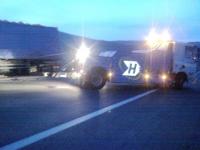 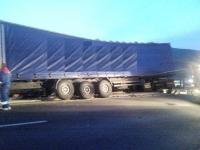 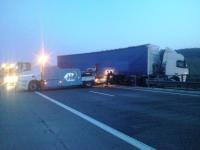 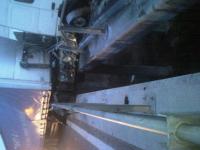 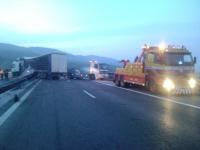 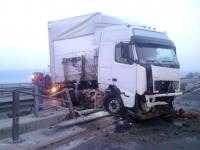 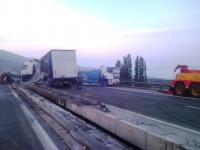 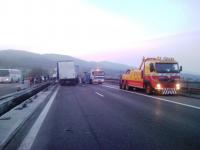 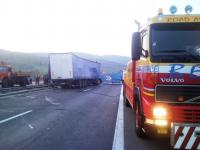 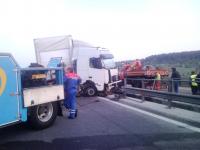 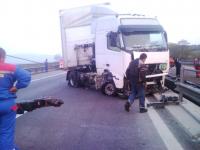 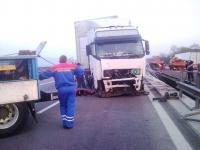 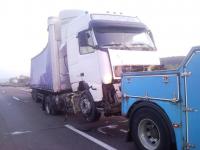 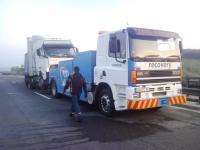